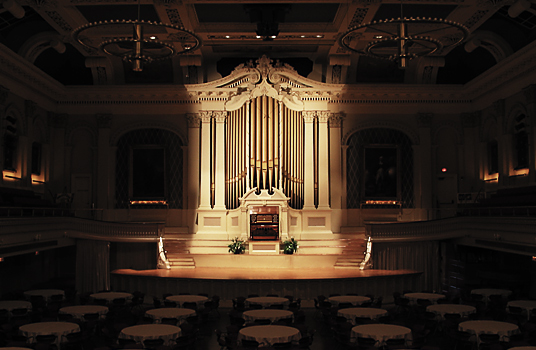 The Worcester Organ: A Retrospective

Since the restoration of the “Worcester Organ” was completed in 1982, there have been only six concerts [as of 2017] that have featured the instrument in a major orchestral role. The Poulenc Concerto for Organ and Orchestra has been performed three times by the former Worcester Orchestra with organ soloists Barclay Wood (1982), Catherine Crozier (1983); and Simon Preston (1985). James David Christie was soloist for the Poulenc with the Boston Artists Orchestra in 1989 in a concert celebrating the organ’s 125th anniversary. Mr. Christie also performed Guilmant’s Symphony I for Organ and Orchestra at that concert, the third performance at Mechanics Hall, the first being in 1882 when the work received it United States premiere. Stephen Pinel was at the organ for a 1987 performance of the Guilmant with the Bach Society of Worcester, Stephen Long, conductor. The most popular work for organ and orchestra, Saint-Saens “Organ Symphony,” has been heard only once, in 1983 with Holyoke organist Gilles Hebert, soloist, and the Eastern Connecticut Symphony Orchestra conducted by Dr. Paul Shannon. The Worcester Organ has, of course, been used with smaller ensembles and in performances of major works requiring it, including the Brahms Requiem, Strauss Also Sprach Zarathrustra, and Holst’s The Planets.

One additional note — the bellows of the Worcester Organ can still be pumped by hand, as they were at the 1989 recreation of the original dedicatory recital, when football players from Worcester Academy, a school associated with organ benefactor Ichabod Washburn, were recruited for that task. Few know that the bellows-pumps were discretely employed at the 1983 performance of the Saint-Saens, because the wind supply at that time was inadequate for the final chord without assistance.

Editor’s note: A few years ago, a second organ blower was installed to fully wind the Hook in all Tutti circumstances to unleash its full aerobic capacity without sag [WS]. 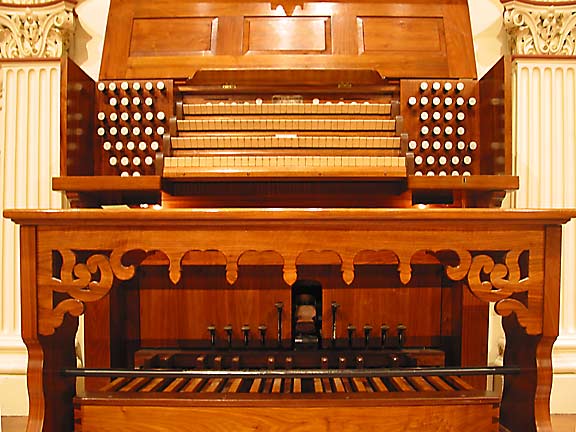 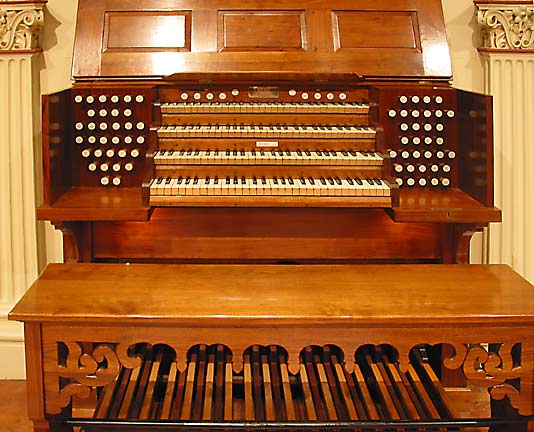 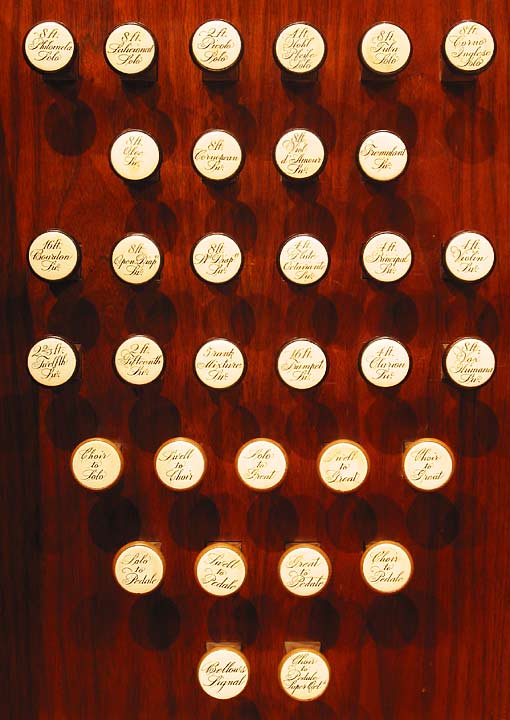 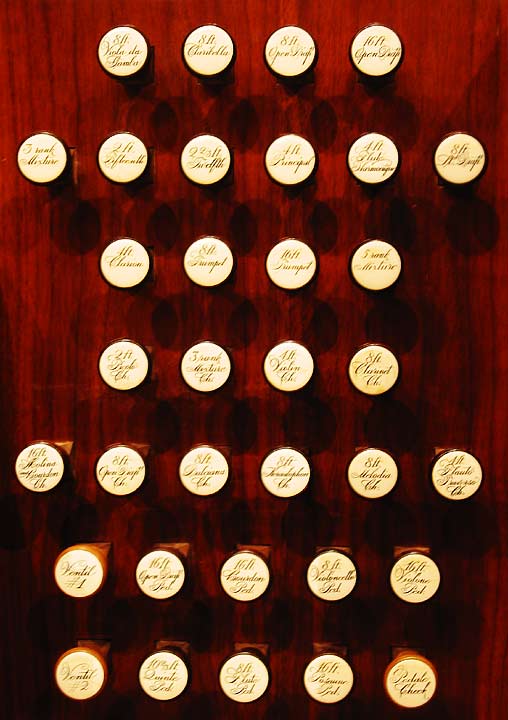 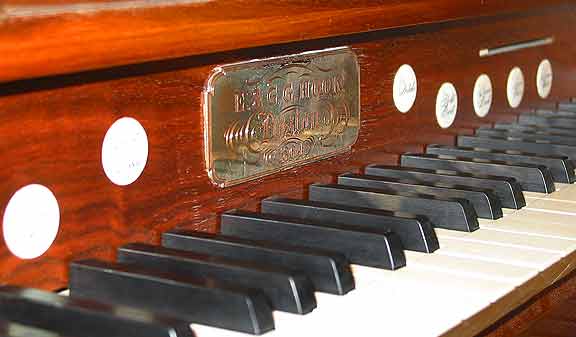 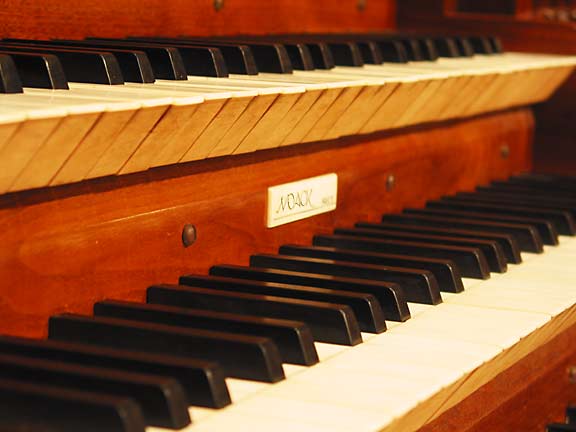 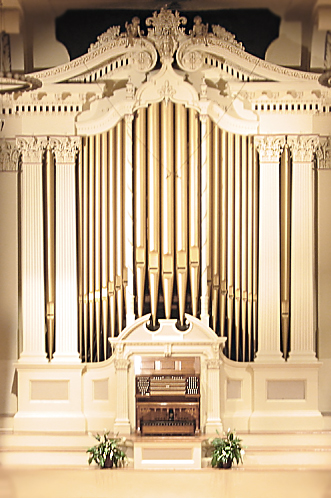 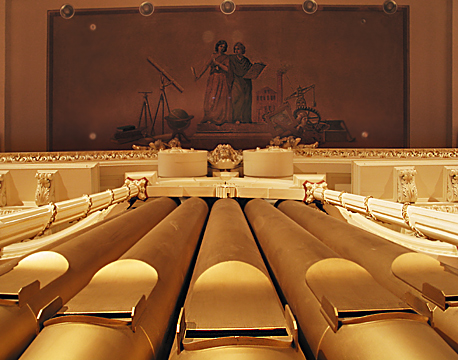 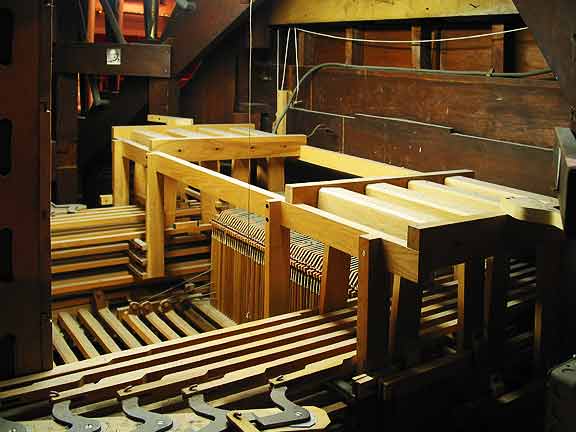 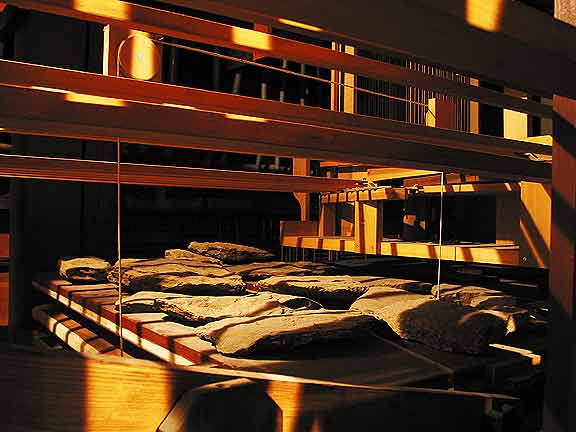 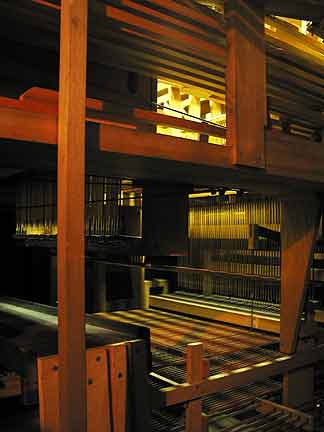 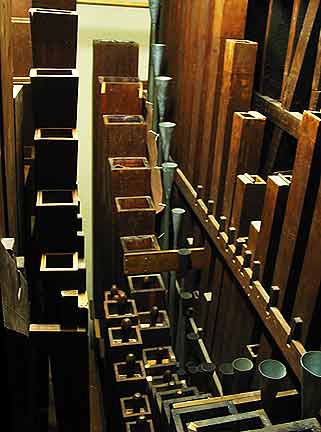 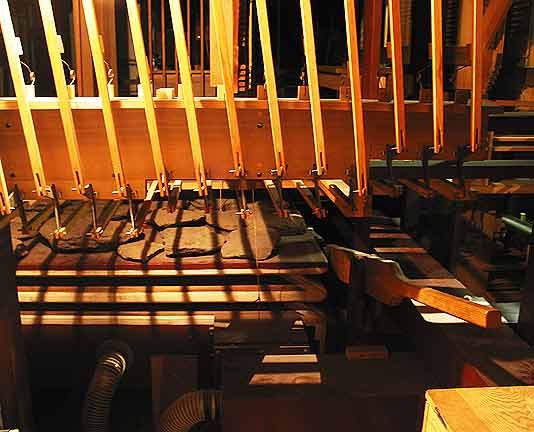 Ready to pump manually if needed 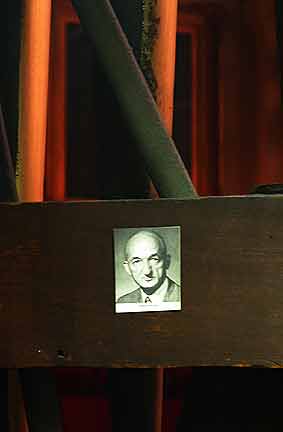 Picture attached to a structural support, inside chamber
Rumor has it that this is a Hook grandson, but we think he had something to do with chickens 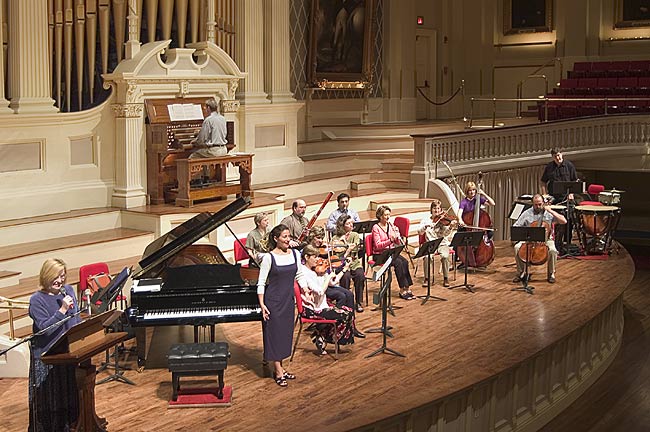 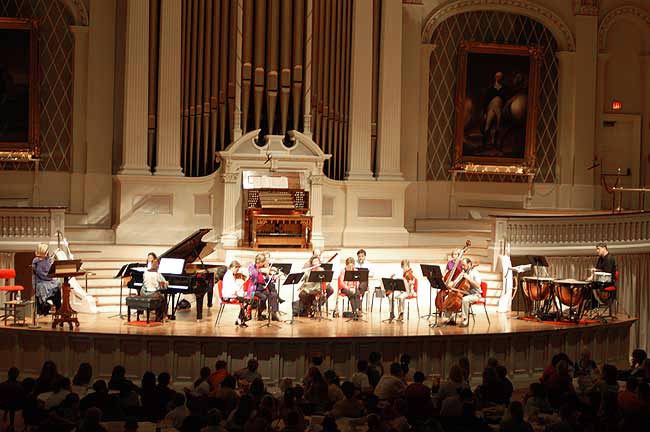